When dads are given responsibility of a child, they always end up making headlines, for instance this Dad who babysits his grandbaby. In this case also what dad did with his daughter will leave you laughing out loud.

Jeremy Basso, has become a sensation when he attempted to dress his seven month old daughter, Olivia, making every one laugh and share their stories.

Check out her dress here. 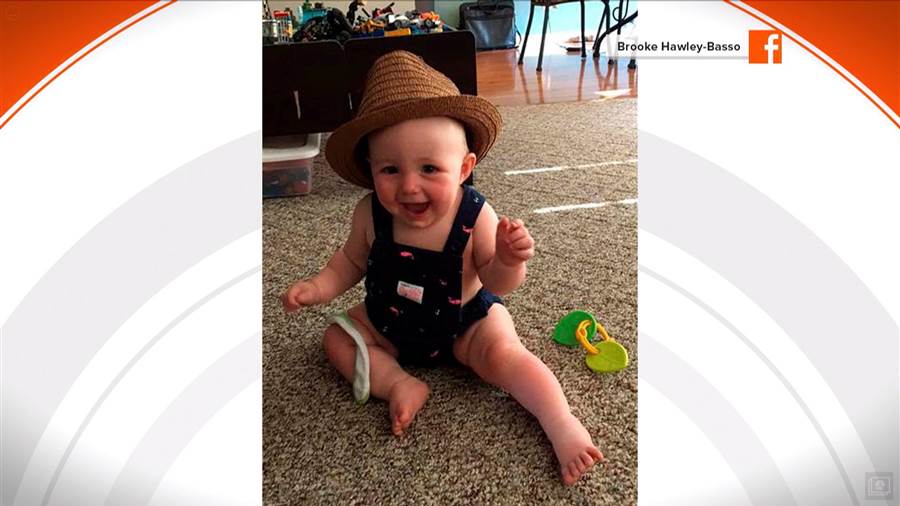 “I had no idea she was dressed like that until I picked her up,” said Brooke Basso, wife of Jeremy Basso.

She initially posted this photo to her relatives and friends for a laugh. But later when Jeremy posted this image on his Facebook page, Brooke posted the same image along with their funny text conversation to the Elle DeGeneres Facebook page.

“When I picked her up from daycare, I thought perhaps she spilled out of her diaper and maybe they removed the shirt that I assumed she was brought in.” She recalled.

“Our provider just laughed and said,” No, Jeremy brought her in like that, and we just thought OK,”” she continued. “We all just laughed about it.”

As soon as this story got online moms were quick to share their part of such moments in the comment sections.

“I went out for a girl’s night when our daughter was just a baby and mu husband put Build a Beat clothes n the baby,” wrote Kelle Kidd Torregrossa. “I could see the hole where the tail of the stuffed animal was supposed to go.”

“One time my husband thought he was spraying water on my son’s curly hair to help tame it before church but it was bleach!” commented Michelle Flehmer Hilburn. She might not have that much appreciated this incident for her son. But for a great story?? Yeah, sure.

So many other comments poured in and they were shocked to know the number of similar incidents. They laughed at the fact that so many women have tagged their husband and asked “sounds familiar?”

So what dad has to say in his defense?

“It was just hanging in the closet, and I just grabbed it and thought it was some sort of tank top, it was funny after I thought about it. I suppose (dad should) send a picture to their wives if they second guessing themselves. But, Olivia didn’t seem to mind, so it was good.”