There are thousands of different games on the App Store/ Google Play Store that have achieved a great deal of fame. Developed by Supercell, one of the rising studios in the market, Clash of Clans has received massive acclaim, and the total number of downloads have crossed over 10 million. So, if the game has received such massive levels of popularity, there must be special about it, right? Here’s our review of Clash of Clans, one of the top games on the Apple and Google platforms right now: 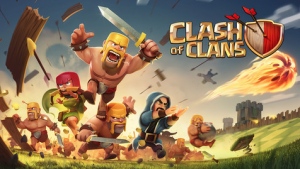 Clash of Clans is a type of an empire building/ tower defense game. Your main objective is to create a city/ that is going to withhold attacks, and then build an army that can be used to conquer other cities. The good thing about the game is that there are a number of different options available for people who begin the game.

First of all, when it comes to action, the game doesn’t lack behind at all. The moment you get done with creating the first city defenses, an attack becomes very likely. The game has a very good leveling system, so you can’t expect a very strong attack in the start. However, the game is classified as a ‘freemium’, which means that even though you can download the game for free in the App Store, it is unlikely that you will be able to get very far without making any purchases.

The game is rife with micro transactions, so you will have to spend a good deal of money in order to get to a decent level. The thing here is, micro transactions are good, but having been put in the game from a very early stage, it pretty much spoils the whole concept of the game itself. Your soldiers will take a longer period of time in order to generate, and while in a middle of a war, you will need to spend money if you want to survive, or you are likely to lose the battle, and with it, the whole city that you have built.

Even though the game was only released around a year ago, it has received positive reviews all around, and the graphics are certainly one of the best that you are going to find on any top of the line iPhone game. Clash of Clans is well designed and very well created.