Best Autobiographies You Should Read At least Once

Best Autobiographies You Should Read At least Once

Very few great humans have chronicled significant events in their life. Reading into how they handle these experiences and how they overcome challenges can be both inspiring and rewarding. Some of these best autobiographies will inspire, motivate, and amaze you. Read them, and they will undoubtedly change the way you look at life.

My Experiments with Truth 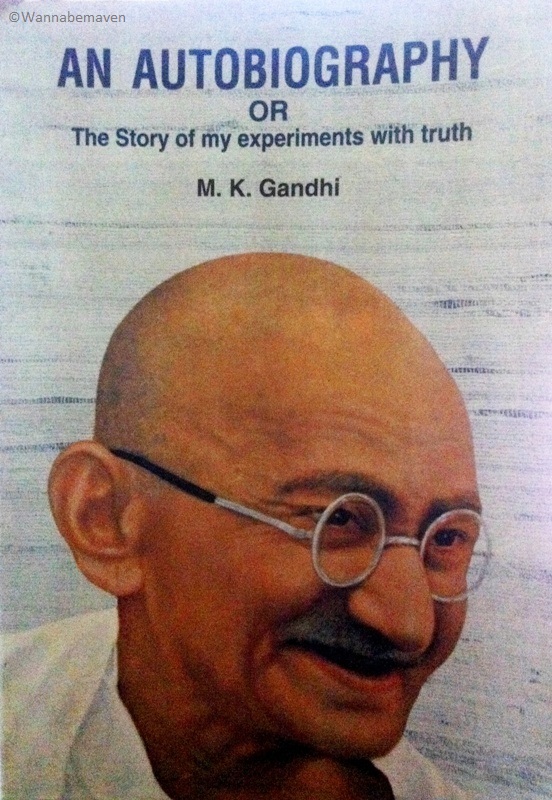 The book is continued to be initially published by Navajivan Trust at Ahmedabad founded by Gandhiji(respectfully referred) himself and records sale of more than 2 million copies since 1927. It was initially written in Gujarati but was later translated to English by Mahadev Desai, Gandhiji’s secretary, and friend. It is currently available in many languages.

Gandhiji’s autobiography includes his life while studying law in England, struggles and social activities in South Africa and his return to India, to begin the era of India’s struggle for freedom.

Aside from being challenged by his faith and life, the biggest takeaway is the simplicity and down-earthed lifestyle of Gandhiji all his life. He talks about his family and the roller coaster of a relationship with his children. The book describes the ideologies of his very noble thoughts and principles. Gandhiji gets often regarded as the real “common man” who ever lived. The book covers his life up to 1921 but gives us a perspective about his life later. 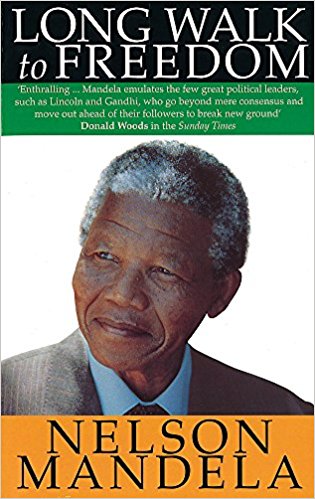 First published in 1994, ‘Long Walk to Freedom‘ deals with the life and struggle of South African President Nelson Mandela. The book recounts his early life, education and 27 years of prison.

In the early sections, Mandela describes his upbringing and childhood. How his childhood name came to be ‘Rolihlahla’- the troublemaker. In the second part, he introduces readers to the social and political aspects of racism-ideologist Apartheid Government in South Africa.

Since his valiant release in 1990 after 27 years of imprisonment, Mandela has been at the center of the most compelling and inspiring politician in the world. During his presidency, he was always forward in moving the nation toward a multiracial government and majority rule.

Long Walk to Freedom is his exhilarating autobiography, destined to take its place among the most excellent memoirs ‘Rolihlahla’ Mandela narrates the extraordinary and epic life of struggle, setback, renewed hope, and ultimate triumph.

The Diary of a Young Girl 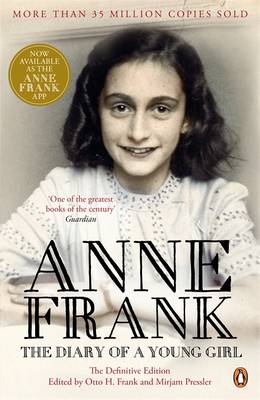 ‘The Diary of a Young Girl is more of a diary entry and less of autobiography by Anne Frank, a Jewish girl who wrote it during two years of hiding with her family during the Nazi occupancy of Netherlands.

Anne Frank is first and foremost a teenage girl who is stubbornly honest, vulnerable, in love with life. The diary imparts emotions of soul-searching and hungering for affection, rebellious clashes with her mother, romance, and newly discovered sexuality. While facing hunger and fear of discovery and death, Anne writes wisdom and views beyond her age.

Originally published as Dutch version in 1947, it has been revised many times over the time adding new manuscripts. A movie and a play were also produced keeping in mind the popularity. As of 2016, this posthumously published diary is translated and is available in more than 60 languages.

Anne Frank died of Typhus at Bergen-Belsen Concentration Camp in 1945 (date unknown). Otto Frank, her father, was the only known holocaust survivor of her family who published her diary.

I Know Why the Caged Bird Sings 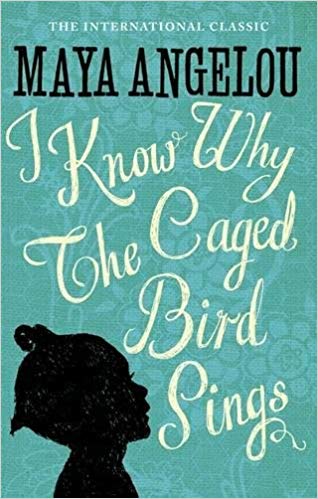 ‘I know why the caged bird sings‘ is the Autobiography of American writer and poet Maya Angelou describing her early years. The book begins with 3-year old Maya and her elder brother sent to Stamps, Arkansas to with grandparents by their parents who are decided to end their marriage.

Angelou narrates her experiences in subjects like such as identity, rape, racism, and literacy. Maya’s description of being raped as an eight-year-old child by her mother’s lover Mr. Freeman is overwhelming and her pain and frustrations until he gets killed.

The book covers topics related to black American women in the years following the Civil Rights Movement: a celebration of Black motherhood; racism; the importance of family; and the women independence, and personal dignity.

The caged bird, a symbol for the chained slave, is an image Angelou uses throughout all her writings describing a woman in racist oppression led society. Published in 1969, Caged Bird was nominated for National Book Award in 1970 and remained on New York Times’ Paperback Bestseller list for two years. Caged Bird is considered finest autobiographies by a woman ever written. 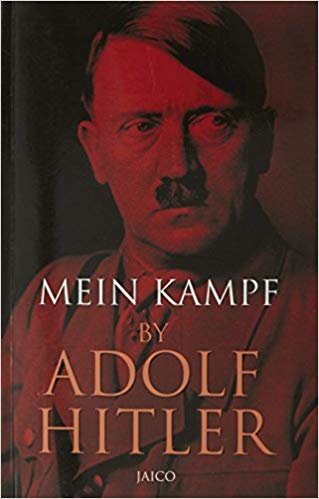 Tyrant, Dictator, Mass murderer – many names, one man. Adolf Hitler. Mein Kampf meaning ‘My Struggle’ is the autobiography of Adolf Hitler who ruled Germany and even dreamed of conquering the world. It is an ironic glimpse into the mind of a man who wished for world peace but pursued the genocide of the Holocaust.

Mein Kampf was often known as the ‘Nazi Bible’ narrates the life, struggle, frustrations and ideologies of Hitler. His experience of being born in a small town to a poor couple in Austria, being rejected applicant of Art schools, an underpaid worker, death of parents, to becoming the leader of the Nazi party and ruler of country unarguably makes this book worth reading.

He openly disapproves and shows his distaste towards parliamentary democracy. He proves how such a system is incapable of doing any good. He also states that the fundamental problem with parliamentary democracy is accountability as it can’t be ascertained to a single person. Book describes his perspective and beliefs towards the German nation – the driving force of him propelling to become a dictator which he accepts.

Originally published in 1925, the book went on to become the bestseller in Germany during 1930s. Following the end of Hitler, Mein Kampf got banned in Germany until 2016; it was re-published that roused speculations.

Dreams from my Father 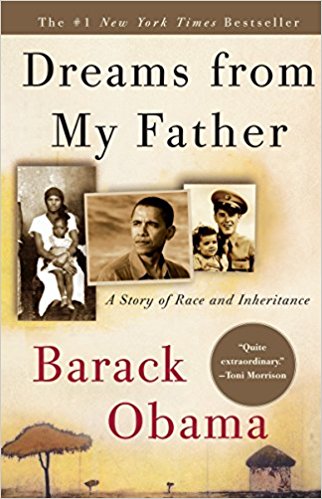 ‘Dreams from My Father‘ is an exemplary memoir of Former US President Barack Obama narrating the events of his early life, until his entry into law school in 1988. The book is a beautifully told, remarkable story, and inspired by its Barack’s divided family history.

Dreams From My Father is an exemplary story, beautifully told, and inspired by its author’s divided family history. Being a son of an African farmer from Kenya and a white American mother from the Midwest, he was two years old when his father walked out on the family. Many years later he receives a call from Nairobi to say that his father had been killed in a car crash.

This news drives Barack on the journey to discover the truth about his father and his reconciling with the family’s heritage.

Published in 1995, Barack Obama is a writer in my high esteem and the book quite extraordinary. Even said that book is the best-written memoir ever produced by an American politician. Time Magazine acknowledged it among its list of 100 non-fiction books written in English since 1923.

The knowledge you acquire from reading an autobiography is much more than that of a few novels. The readers often get blend into the characters and witness the history from their own experience and usually first hand. Besides, who wouldn’t learn from successful people who have experienced all the ups and downs in their lives? Autobiographies teach us different stories, the authors’ struggles in life they went through, making the autobiographers more human.