Being a bridesmaid is the moment of happiness but it comes with lot of responsibilities as well, from selecting dresses, arranging ceremonies to consoling the bride when she has cold feet about her marriage. 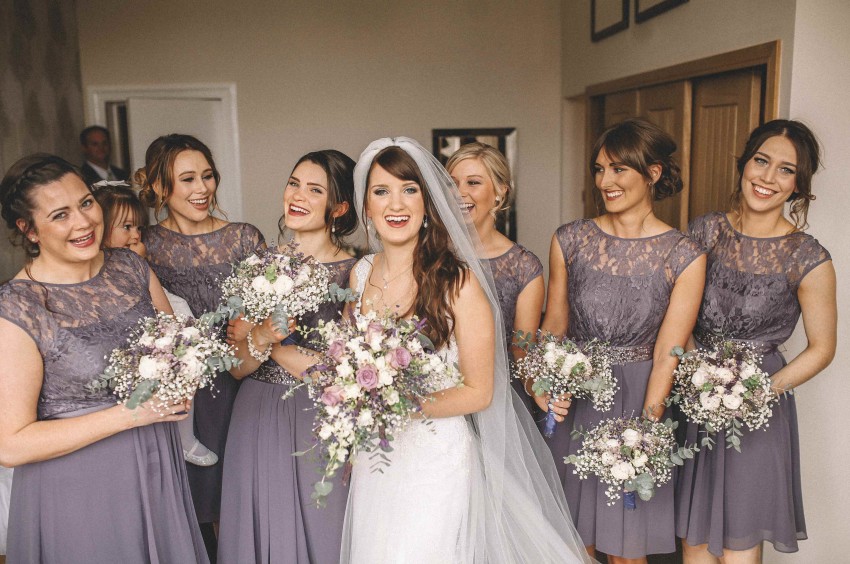 One of the exciting things that come with being a bridesmaid is the beautiful star studded dress that they are supposed to wear and of all the responsibilities they are laden with, not destroying the pristine state of her dress is the one. 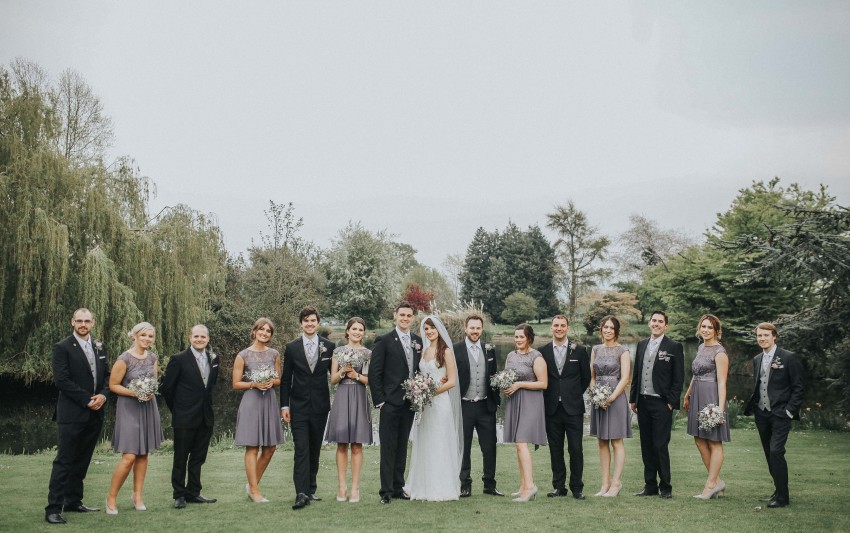 And no bridesmaid would ever do that. 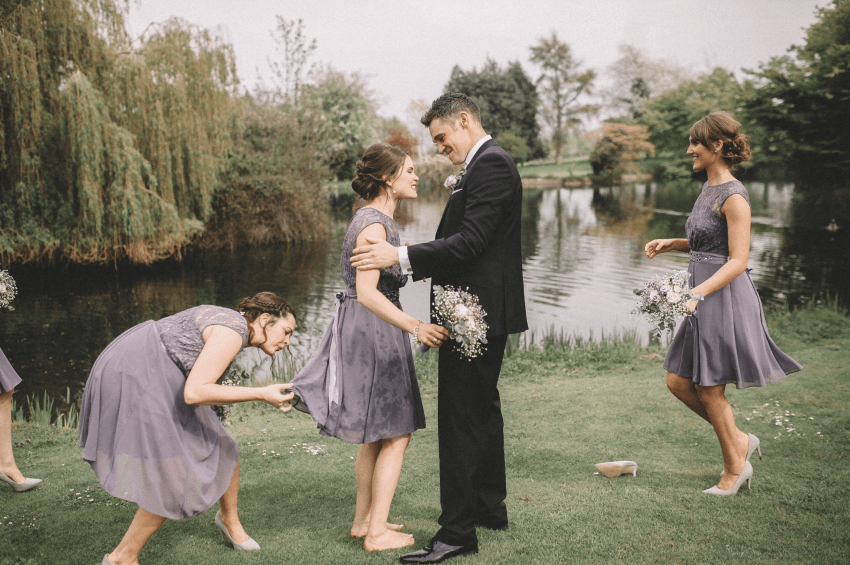 But here is an exception, in this case: Faye West, a bridesmaid sacrificed the beauty of her dress to save a gosling in nearby pond.

“Just as we were about to start shooting, we heard this AWFUL squawking coming from some geese a few feet away and saw a big black swan lunge at one of their two gosling and start trying to drawn it” the wedding’s photographer Rosie Hardy remembered.

Just by then West kicked off her heels and went into the pool and scared the black swan away. 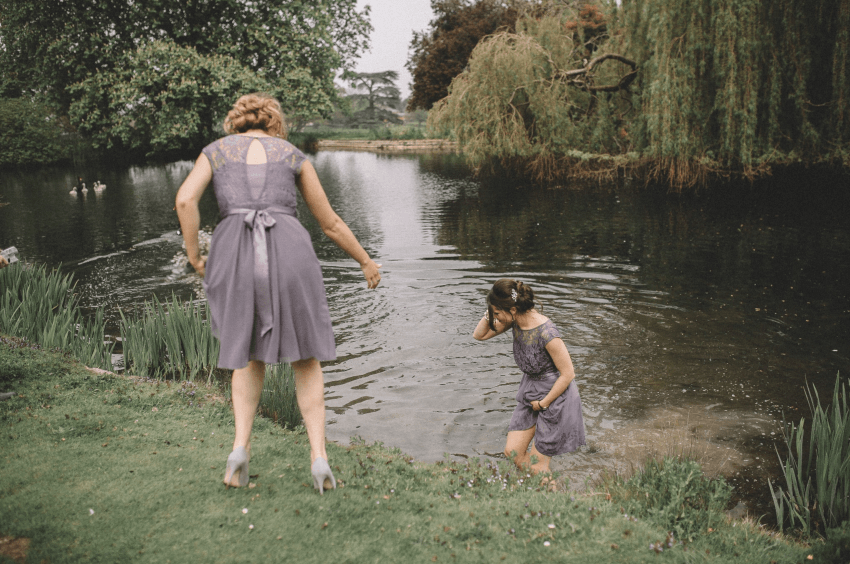 Hardy had clicked photos of her wading into the pool, saving the goslings and returning back totally drenched.

Faye’s this act was really great. She saved goslings that later on joined to make that ceremony more adorable.

The bride later said “Faye saving the gosling was just the cherry on top of our day and something we will look back on and laugh for years to come.”