How to Close Apps Running in the Background in iPhone, iPad or iPod Touch

How to Close Apps Running in the Background in iPhone, iPad or iPod Touch

In iOS 4.0 and higher Apple launched the feature that allows the user to run apps while using some other apps. In a way it was nicer for the users that they can multitask and keep getting notifications from all the apps that are running. Yet many users are unaware of this update that allows them to have multiple apps running together, and raises concerns of their battery life, memory and cellular data usage. People just keep browsing through the apps unaware that there are a lot of apps running in the background all day long. Background apps are the apps that are once opened, not completely shut down just piling up on the phone usage, this feature was available if the user wishes to continue on a previously used app from the point where he/she had previously stopped. I will show you the steps that the iOS device users can follow for closing the background apps in iPhone, iPad and iPod Touch. 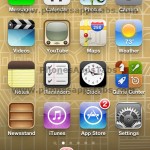 Too many applications running the background slow down the device and use extra power. Closing these extra background apps will let your device have extended battery life, lesser cellular data usage, and a faster loading phone.

For truly shutting down the background apps you have to access the multi-task bar on the phone. To do so, follow the steps listed below

Removing apps from your multi-task bar give a longer battery life, improves device speed and reduces cellular data usage. Give it a try and see how many apps do you have running in background!

Closing Your Background Apps in iOS 7