When you install CCTV cameras around your house to see whats going on around you, you expect to see something so unexpected. Just like this one that we shared few weeks back, where a man thought it was a neighbour’s dog peeing on his front lawn, but was taken by surprise when he found out what it actually was! Similarly this guys installed trail cameras to see the beautiful nature around, and was surprised to see something so creepy on the footage.

The footage was recorded on a trail camera in Deming, Washington, which is a little less than two hours outside of Seattle.

Here is a still from the video with those glowing eyes circled! 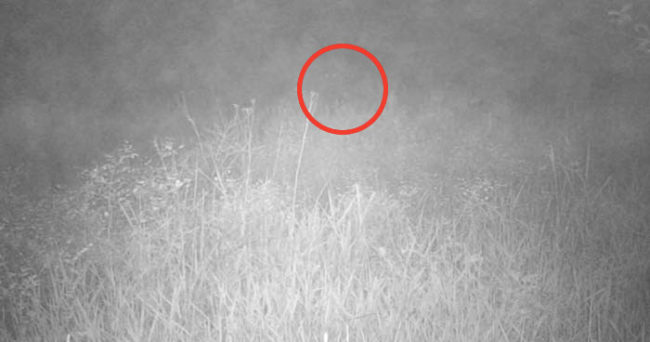 The Redditor TheBeef1991, who posted the video online, has no explanation for what those eyes belonged to.

Can you guess what it is? Leave your guesses in comments below!