Emma Bennett, a young girl from Houston Texas had a prosthetic leg and had no clue that she was about to receive a gift she will cherish most of her life.

The video showing Emma unable to contain her joy and burst into tears after receiving a doll with a prosthetic leg just like hers has received 6.5 million views in just three days. It has captured the hearts of people across the world, receiving hundreds of comments and more than 80,000 shares.

Posted by her mother, Courtney Bennett, the short video shows Emma opening the present given to her by her little sister.

“You gotta be kidding me,” exclaimed Emma, as she rips the doll out of the package. Emma burst into tears as she hugs the doll. 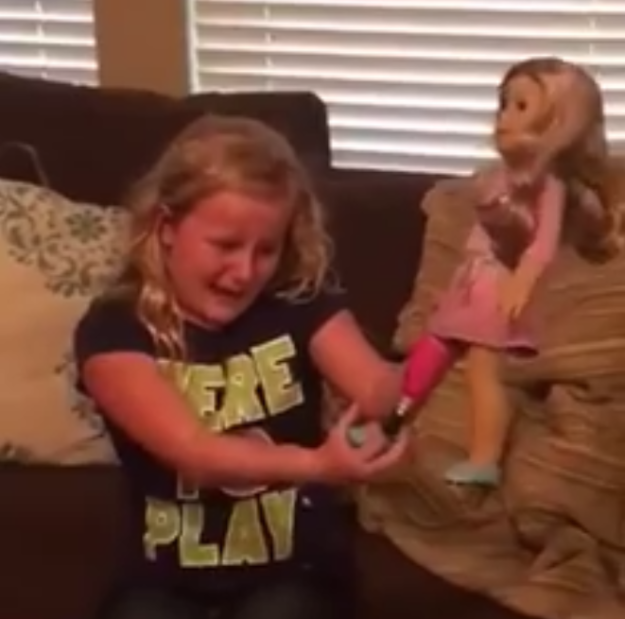 Emma still crying, hugging her new toy said : “Thank you for making a doll like me.”

People’s reaction were just so, aww! 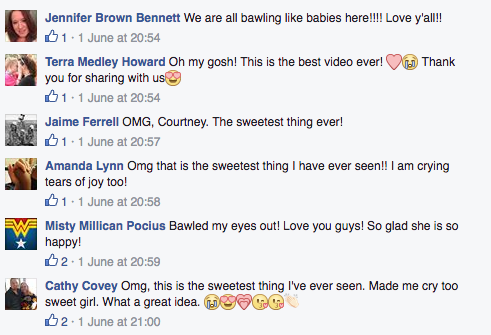 The doll’s leg was made by A Step Ahead Prosthetics, which has a branch in New York. 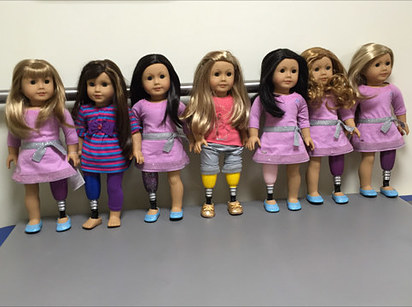 A Step Ahead Prosthetics

Here’s Ava and her American Girl doll! We love doing these for kids with limb loss! pic.twitter.com/gcFeZoLZt2

Their Twitter bio reads: “A Step Ahead Prosthetics’ mission is to give our patients the opportunity to live life without limitations!”

Here’s a shot of Tammy and her American Girl doll with a prosthesis from A Step Ahead to brighten your weekend ! pic.twitter.com/V5VyMqiWuW