What This Cutest Trespasser Does Is Caught On Camera

What This Cutest Trespasser Does Is Caught On Camera

You will get teary eyes by watching this cute little boy doing something adorable!

This is the video footage that caught the boy sneakily running into his neighbor’s house just to hug and cuddle with her dog, Dutchess before running away like he got caught doing something illegal!

Hollie Mallet, a mom from Louisiana who posted the video on Facebook, wrote, “Anyone know who this sweet little boy is? Every now and then when he rides his bike he will quickly come and love on my dog or play fetch real quick, but always leaves quick like he doesn’t know if he should be here!

“I’d like to tell him he’s welcome to stay and play, she loves the attention!” she wrote.

“We had an underground fence set up so my dog can roam freely so she just stays out, but doesn’t go in the road,” Mallet told ABC News. “We had noticed once or twice the little boy would stop at the end of the driveway and he would bring a ball and throw it to her.”

Right after watching the video, a mom from the neighborhood, Ginger Breaux, quickly recognized that the cute trespasser was her son, Josh.

“Josh talks about your dog all the time!” she replied on Facebook to Mallet’s post. “Every time we pass he looks to see if she was sitting where he could see her. Just didn’t know he was doing things like this.

Last night when I first saw it, I was torn as a momma being happy and upset because he knows he shouldn’t be on someone’s property, but I wake up this morning more happy that he just absolutely adores dogs so much.’

The two women got talking on Facebook over this and solved this adorable mystery:

The boy is now allowed to visit Dutchess for some hugs or a game of fetch any time. And now he is talking lots of selfies with his favorite dog 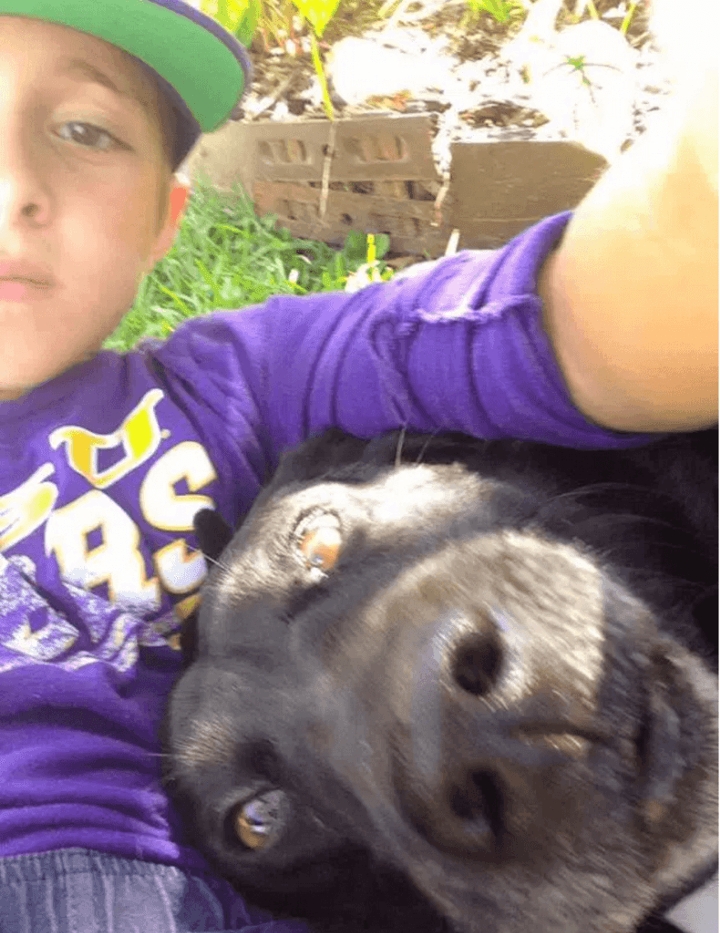 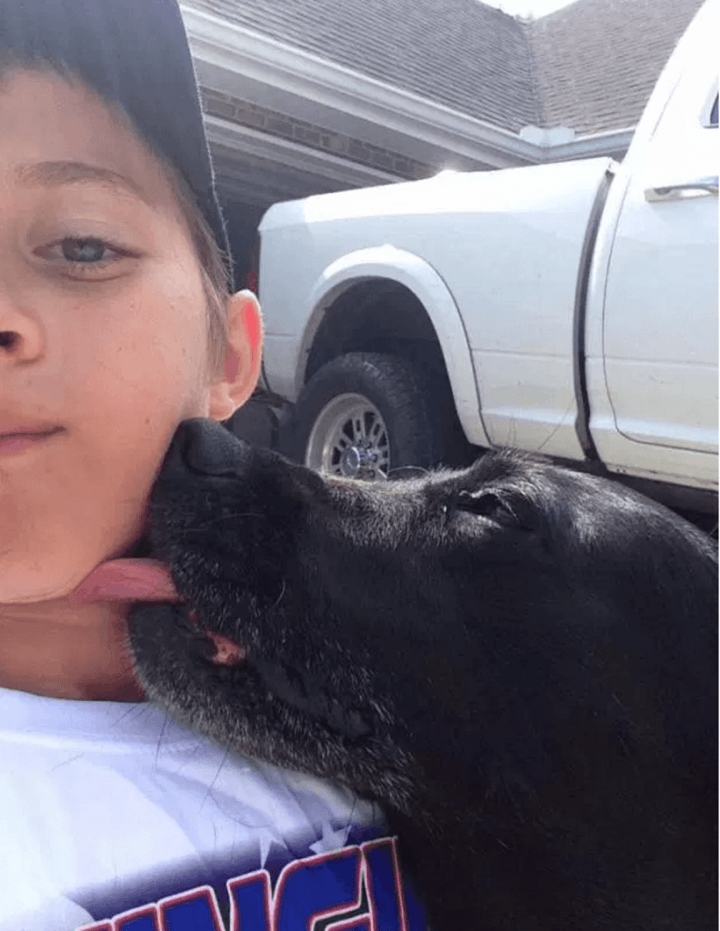