Parker Solar Probe (PSP) was launched by National Aeronautics and Space Administration (NASA) on Sunday, August 12th at 3:31 AM ET from Cape Canaveral, marking humanity’s first attempt of sending a probe to the Sun. The probe intends to reach closer to the Sun like never before.

The Parker Space Probe was launched by a United Launch Alliance Delta IV Heavy rocket, one of the world’s most powerful rockets ever made. As the probe is about the size of a car, it required powerful rockets to make PSP escape the Earth’s orbit, change direction and make its way towards Sun.

According to JH-APL official, the energy required by PSP to reach Sun is two times that needed to reach Pluto and 55 times that needed to reach Mars. Six weeks after the launch, PSP will make flyby Venus to get slowed down by its gravity and use gravity assist to get into the direction of Sun. The date of 12th August was select as this launch window is most suitable for a probe to reach Sun by using Venus’ favorable alignment.

The probe got renamed in 2017 in honor of Eugene Parker, the physicist who did breakthrough research in studying the upper atmosphere of Sun namely Corona. PSP also marks the first probe to get named after a living person. 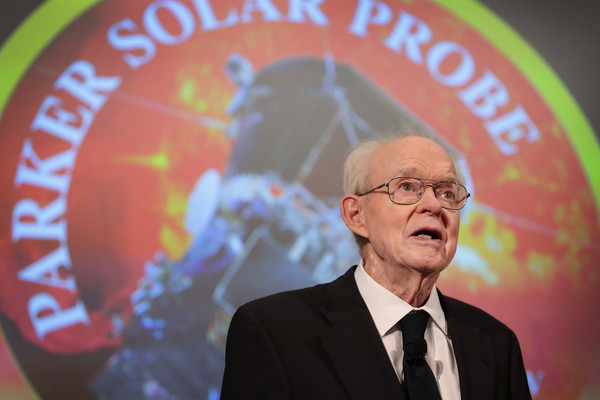 Journey to the Sun

NASA sends a fully autonomous probe to a journey never attempted before. So it required years of planning and special preparations for protecting the probe’s equipment since it is going to exposed to temperature and radiation never experienced previously.

Parker Solar Probe will take seven flybys of Venus that will necessarily give a gravity assist, to reach the orbit of Sun. Venus’ gravity assist will narrow its orbit in nearly seven years.

The probe will orbit within 3.9 million miles off the surface in 2024; it’s the closest approach to the star. When closest to the Sun, the probe’s shield has to withstand temperatures up to 2500 degrees Fahrenheit. The probe will reach a record speed of 430,000 miles per hour around the sun, making it the fastest human-made object ever.

In the mid-1950s, Physicist Eugene Parker developed a theory of Supersonic Solar wind and the Parker Spiral Model of Sun’s Magnetic fields. In 1987, he proposed that the corona of Sun be heated up by nanoparticles namely ‘nanoflares’ that increase its temperature above the surface.

This theory led to a series of research and discussions over the decades to get conclusive evidence supporting this proposed model. Many Solar physicists worked for years in researching the Sun’s atmosphere.

As quoted by NASA, the objectives of Parker Solar Probe is trace the flow of energy that heats Corona and accelerates the Solar wind, the study of the structure of Solar Wind and its magnetic fields and research on the acceleration of energy particles.

A mass ejection from corona on March 9, 1989, caused a severe geomagnetic storm, which led to massive power failures in Quebec, Canada.

Currently, we have very less data on Solar winds, Corona or why it occurs. Parker Solar Probe will provide breakthrough information regarding Sun’s atmosphere and Corona. Solar winds are responsible for power failures as they are the probability of causing a geomagnetic storm that interferes with Earth’ magnetosphere. Valuable information can help scientists predict or think upon protecting earth from these storms in the future.