A rainbow-arched tunnel connecting the Golden Gate Bridge to Marin County in California, which was unofficially known as the Waldo Tunnel or the Rainbow Tunnel, has now been renamed to “Robin Williams Tunnel” to honor the late comedian and actor Robin Williams, who died in August 2014, was a long-time resident of Marin County.

Last year, a woman named Julie Wainwright started a Change.org petition to rename the tunnel as a tribute to him. The new signs were installed by Caltrans on February 29, on both sides of the tunnels, according to SFGate. The installation of new signs occurred several months after the California state legislature approved a bill to change the tunnel’s name. 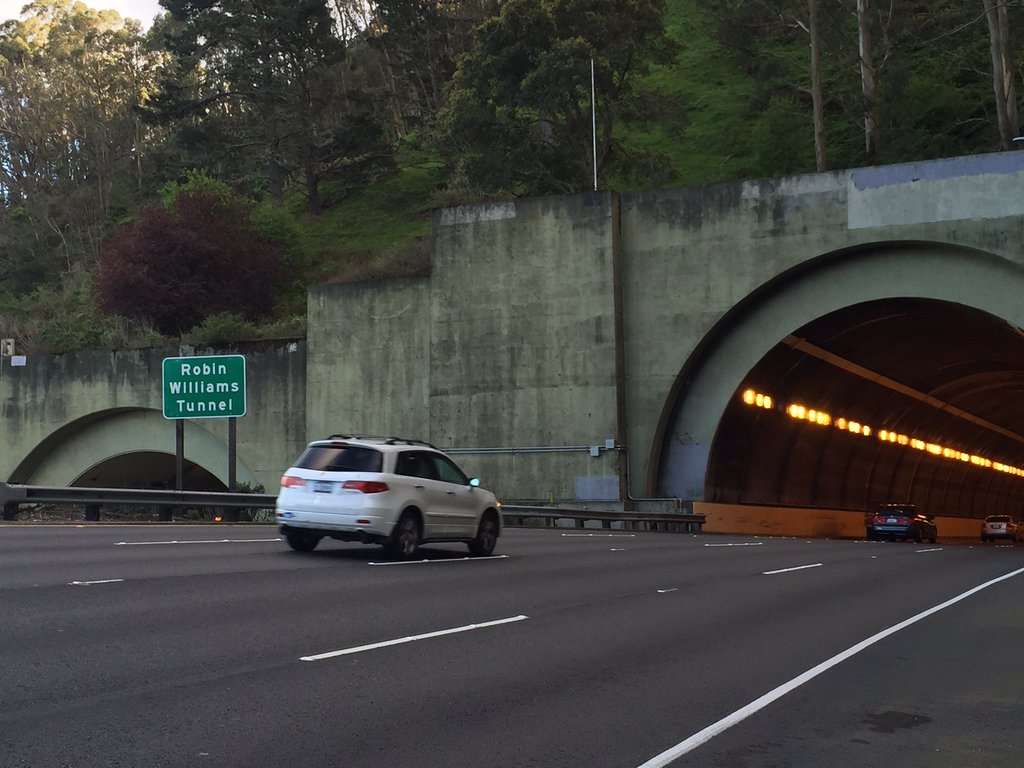 “Robin Williams was a friend to the North Bay community of the San Francisco Bay area,” the bill read.” He would often drop in unannounced at comedy nights at the 142 Throckmorton Theatre in Mill Valley. There he would encourage young, budding comedians. He did so with kindness and humility and many comedians aspired to perform with the same level of wit and insight as Robin Williams.”