This Bridge By The Dutch Stands Against Every Law Of Physics

This Bridge By The Dutch Stands Against Every Law Of Physics 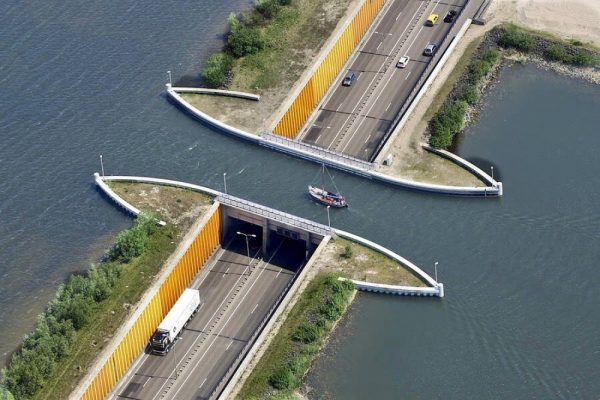 We have got wonders of the world right there among us, some manmade and some natural. When nature builds something amazing it is kind of believable but when human decide to do something beyond what our logic can perceive it simply blows our mind away.

One such example is The Aqueduct Bridge, a man-made bridge connecting Netherlands mainland with Flevoland.

A single look at this bridge is enough to fall in love. It was completed in 2002 but before this project many other alternatives were considered like ordinary bridge and underwater tunnel but due to their expenses the idea was dropped.

This project came in picture as a solution to two problems in hand, first the ground transport was not to be disturbed and second was is should not have traffic.

More than 28,000 cars pass through this 10 feet deep bridge while boat sail over that without any problem as per an estimate.