Windows Phones are slowly finding their feet in the burgeoning handset market, and are making more of an impression now. The poor Windows Mobile 6.5 was often touted by many as one of the worst mobile phone systems around, mainly because of the hassle it took people to begin using it and getting through simple tasks by pressing a variety of buttons. However, with the release of Windows Phone 7, Microsoft set a precedent for the newer operating systems, making one of the most beautiful, most accessible and one of the most user friendly mobile operating systems at present. Fully optimized for touch display and providing a range of different features to users, the Windows Phone operating system saw more improvements with the release of Windows Phone 7.5, which added extra capabilities such as multiple apps usage, etc. So, which is the best Windows Phone that you can get in the market? 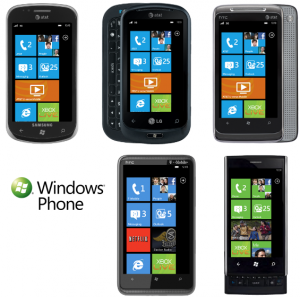 The Nokia Lumia 800 and Nokia Lumia 900 marked the first foray for Nokia in the smart phone market, after it announced a partnership with Microsoft earlier on. Beautifully made smart phones with 3.7” and 4.0” capacitive screens, both the devices were well received, although they failed to meet expectations as many had anticipated. However, for people on the go, this is a great device with lots of features.