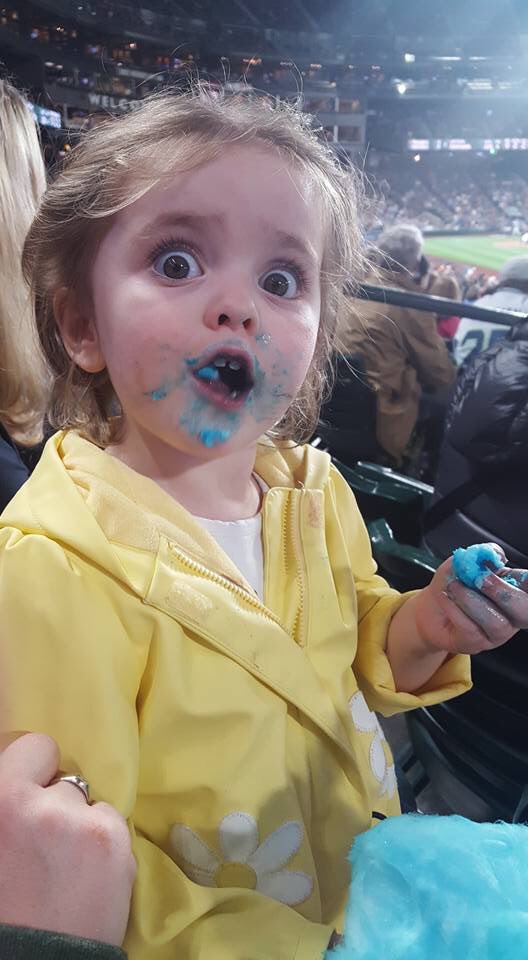 Cotton candy!! It’s been the most favorite among children. We all love cotton candy since our childhood days. But no has ever loved cotton candy as much this 3 year old girl.

This girl is Beatrix Hart, Internet’s new hero, who has stolen all the attention over internet.

This hilarious clip of her covered in the fluffy blue treat was taken at a basketball game. It all happened when Beatrix went to Seattle Mariners games on Wednesday and tried cotton candy for the first time.

“Lind had hit a big grand slam and everyone was happy, and we were celebrating with some cotton candy,” Beatrix’s dad, Jake Hart, told ABC News.

“She stood up and was shouting out her love for the game,” he said.

I CAN’T GET ENOUGH OF THIS https://t.co/fcveFEA9l8

I think this girl just became a superhero https://t.co/RUBGHVTfkf

Thanks @Mariners Beatrix sleeps the deep and satisfied slumber of an M’s victory! pic.twitter.com/GBkb2kAez8

She is little scarlet-she always love to make this type of faces, said by her dad.