This 3-year old saying he didn’t eat sprinkles, is too cute to be missed.

This 3-year old saying he didn’t eat sprinkles, is too cute to be missed.

Look at this adorable boy, who definitely didn’t eat sprinkles. NO!! There are no sprinkles on his face. He didn’t do it, because he says so (even though he is munching them while saying no).

When Erica Boarman asked her son “John, can you explain to me why the sprinkles are empty?” this video took the internet world by storm, when 3-year old replied “Well, they are not empty.” 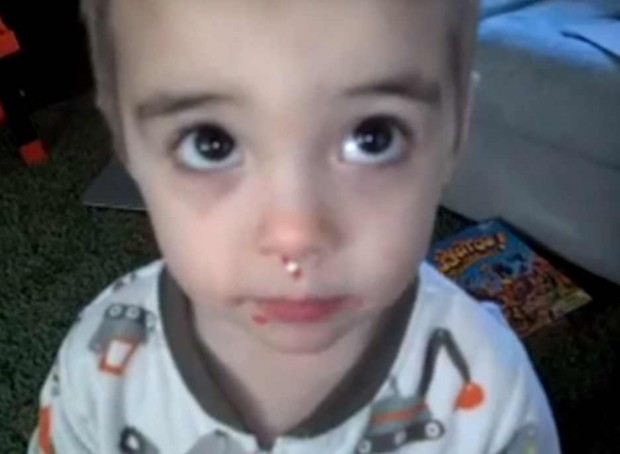 It’s cute when he denies even though his face and teeth are covered with sprinkles; it’s even cuter when he continues supporting his case with an adamant ‘no’ while munching on the rest of the sprinkles.

This is what his mom writes on the video about teaching him a lesson:

After I filmed it we had a VERY long talk about the difference between telling the truth and not telling the truth. He has an amazing imagination and loves to tell us stories. I saw this as a sweet moment, something that every child goes through…where they try to push the boundaries to see how far they can go. And I thought I’d share it with my friends and family. And apparently, the world seems to enjoy it, too. We are currently working on the difference, and he is doing really well. 🙂

Adorably hilarious!! Watch this now, because it too cute to be missed.