A New Shade Of Blue Discovered Accidentally Has Miraculous Properties

A New Shade Of Blue Discovered Accidentally Has Miraculous Properties 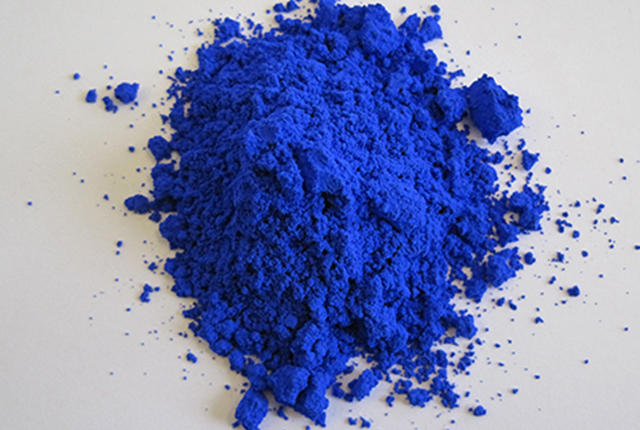 It is quite common in scientific researches, that when you venture to invent something, you discover something else along the path. That’s what happened when a material scientist Mas Subramanian at Oregon State University was running experiment which was designed to create new material for electronics. But rather the team accidentally created a new color called YInMn blue, a blue pigment which will be made available to artists this year as per the agreement with the Ohio-based Shepherd Color Company.

Behind The Scene Chemistry:

When the black manganese oxide was heated along with other chemicals to about 2000 degree Fahrenheit, the pigment was formed as a result.

The manganese oxide has a property to absorb red and green wavelengths of light, resulting in a blue color that does not fade in oil and water.

In a press release Subramanian said “the basic crystal structure we’re using for these pigments was known before, but no one had ever considered using it for any commercial purpose, including pigments,”

The new pigment does not contain any toxic constituents. “Ever since the early Egyptian developed some of the first blue pigments, the pigment industry has been struggling to address problems with safety, toxicity and durability,” he added.

YInMn blue is,“more durable, safe and fairly easy to produce… it also appears to be a new candidate for energy efficiency,”

One of the interesting features of this pigment is its ability to bounce off infrared falling on it, considering which; it can be used as roofing materials as it can keep the buildings cooler.

“This new blue pigment is a sign that there are new pigments to be discovered in the inorganic pigments family,” added Geoffrey T. Peake, the research and development manager of the Shepherd Color Company, which has licensed the patent is already selling samples of YInMn blue.

“Our pigment is useful for art restoration, because it is similar to ultramarine but really more durable,” explained Subramanian.