The iPhone 5 has been one of the most popular smart phones of its generation, and has registered millions of sales. However, for a million other users, the one stumbling block that stands in between their iPhone 5 is the price of the model, which retails for around $650 to $700 for a factory unlocked version. Now, this is by no means an ‘affordable’ phone, so most people are generally unable to get their hands on the latest from Apple. However, the company is teaming up with Brightstar Corp. in order to introduce a trade-in program, where people can give in their iPhone 4 and iPhone 5s, pay the difference and get the latest iPhone 5.

This news hasn’t been confirmed by Apple as yet, but the authentic sources that have revealed the news to us are very close to Apple. The deal does make sense as well, since BrightStar Corp. also handles trade-ins for T Mobile and AT & T as well. Obviously, the CEO of Apple, Tim Cook, has seen the rise in sales of top of the line smart phones, and the popularity of the Android platform has made it a viable competitor. 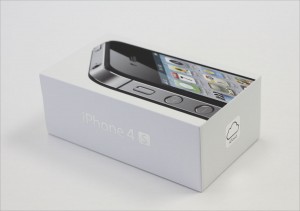 There exists no doubt that by introducing a trade-in program, Apple will be able to generate a windfall of sales. Given that the company is all set to introduce a budget iPhone, the introduction of a trade-in program could only mean good things for a company that has slowly seen the emergence of Samsung, which has taken over the smart phone market by storm and is now the largest mobile phone manufacturer. Moreover, Apple’s standalone operating system, the iOS has also been taken over by Android, and considering the fact that Apple once had the tightest of controls on the smart phone market by a mile, Cook has to introduce numerous strategies in order to appease potential suitors.

Even though the company does run a recycling service, primarily through the internet, it is likely that the new trade-in program with Bright Star Corp. is going to bring about a slew of new customers. With the upcoming introduction of iOS 7, as well as the statements made by Mr. Cook which state that the company is developing radical new technologies to change the whole market, Apple’s trade-in program is likely to be very well received once the company confirms it.