Samsung has been one of the big hitters in the tablet production market, with the Galaxy Tab making a strong appearance when it was released. However, things didn’t go so well in the future, as the sales of the Galaxy Tab were hampered for long periods of time due to the lawsuits filed by Apple against Samsung, which resulted in the banning of the device in various countries. Asus, on the other hand, was a relatively new member with the release of the Asus Eee Pad Transformer, which enjoyed moderate success. However, both the companies came around with a new update to their devices, resulting in the release of new devices: Samsung came out with the Galaxy Tab 7 (new version) while Asus revamped its flagship device and came out with the Asus Transformer Prime. So, how does one device fare against the other? 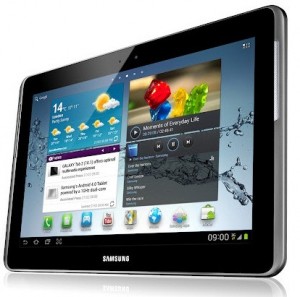 The Asus Transformer Prime runs on a quad core nVidia Tegra 3 processor. Safe to say, this is the latest technology from nVidia and there are very few apps that can actually take advantage of this feature. The screen is a 10 inch IPS+ panel that looks stunning and provides crisp colors. The standout feature of the device is the docking station, which is a keyboard that connects via a magnetic strip at the bottom of your device, ‘transforming’ it essentially into a laptop. Built in memory varies from 16 to 32 GB, depending upon the user, while there is also a micro SD card slot for those that need it. A USB port is also present, as well as a mini HDMI. The Transformer Prime has a 8 MP camera that takes stunning pictures and has built in photo editing options as well. This is a very powerful device that enjoyed major success upon release, but there are small issues such as the improper placement of the Wi-Fi adapter, etc. which hamper its progress.

The Samsung Galaxy Tab, on the other hand, is a much smaller device at 7”. It runs a PLS IPS capacitive touch screen, which even though is sharp and bright, but fails to hold up against the Prime. The tablet runs on an Exynos dual core CPU clocked in at 1.2 GHz, and as fast as it may be, the Tegra 3 blows everything out of the water. Secondly, this can also be used as a phone with a SIM card, which is a feature that the Transformer Prime does not have.