The iPhone is the most successful line of handsets ever made. Since the release of the iPhone in 2007, the iPhone has literally shaped the mobile market according to its wishes, and still enjoys a very large market share. Over time with the evolution of technology, the phone has undergone many changes. Last year, on September 4th 2011, Apple released the iPhone 4S, updating the internal specifications of the iPhone 4. However, many people had expected Apple to come up with a new device, primarily in the shape of an iPhone 5. However, Apple has confirmed that the latest device from its company will be released this fall and as quoted, ‘will put most smart phones to shame’ in terms of performance and capability. So, what do you think we can expect from the latest device from Apple? Here’s what we have heard so far. 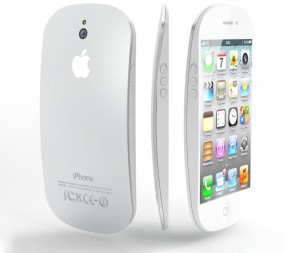 What you can expect

The one most talked about thing regarding the iPhone is the screen. Till now, the iPhone has stuck with a 3.5 inch screen, even though various improvements have been made to the screen itself, the size has never changed. However, now, almost all of the competitive phones that are available in the market come with higher screen sizes, ranging from 4.0 inch screens to 5.0 inch screens. Therefore, the one thing that many people believe is that the iPhone 5 will have a better, larger screen than its current display. The iPad 3, Apple’s latest release features a powerful Retina Pro Display, which might also be integrated in the latest iPhone 5.

The third most likely update might be made to the camera of the device. At present, the device has a 8 MP camera that is more than capable of good pictures, but rumors are rife that Apple might introduce a 12 MP camera.