Logos Quiz is one of the most popular apps on the App Store as well as the Android Marketplace (now known as Google Play) mainly because it is free to download and provides a simplistic, yet highly functional user interface, not to mention hours of fun on the device. However, those people who are looking to get a perfect score on the app but are unable to do so as yet will require the help of Logos Quiz answers and cheats in order to stop guessing or wasting endless hours of time in trying to find the correct symbol. In the following article, we have compiled a few answers of the app, which will allow you to get past the first few levels as there are some very annoying symbols in there that are pretty obscure and cause confusions for users. 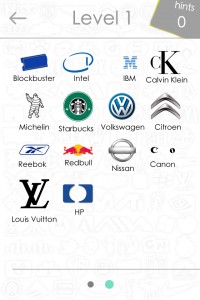 Here are a few cheats and logo quiz answers for those who wish to accomplish all of the levels with the ‘easy way out’:

These are some of the answers for logos quiz that might help people get an advantage over the more ‘obscure’ brands which are asked during a level.

Check out all answers by their level – Logo Quiz Answers & Cheats